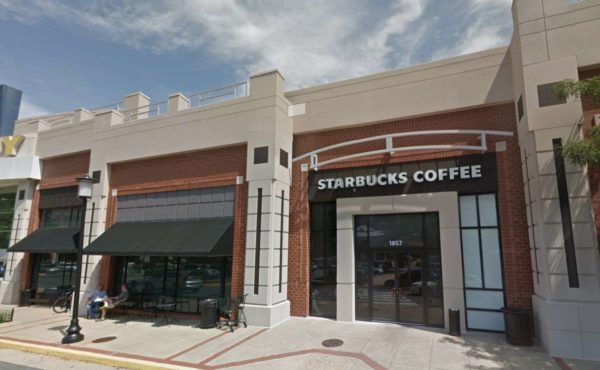 Another business in The Spectrum at Reston Town Center has permanently closed its doors.

A company spokesperson said that the decision was made for ‘the sake of Starbucks’ long-term growth. ‘

‘We look forward to continuing to serve the Reston community and encourage our customers to visit us at our other stores in the area,’ the spokesperson told Reston Now in a statement.

In October of last year, Best Buy’s departure left a major vacancy in the plaza.

Lerner Enterprises, a Maryland-based company, plans to transform the plaza into a mixed-use development with 700,000 square feet of commercial and retail space along with 1,400 residential units. A timeline for the project has not yet been determined. 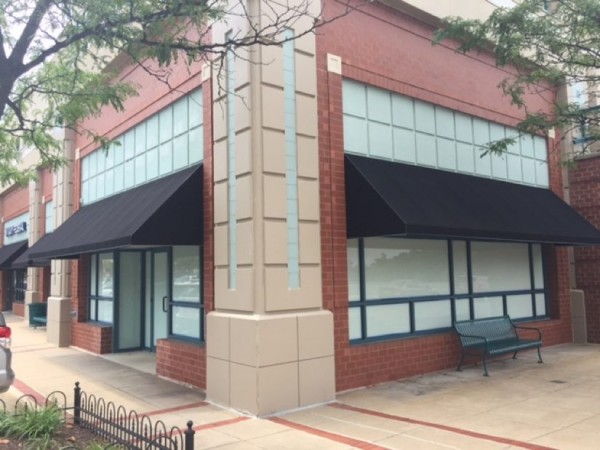 Lane Bryant, the plus size women’s clothing store, has quietly closed its location in Reston.

The store, part of a national chain, had been operating at 1815 Spectrum Center for about 20 years.

The windows are completely papered over and the sign is gone as of Wednesday.

If you are a Lane Bryant shopper, there are nearby locations at Dulles Town Crossing and Fair Lakes Center.

No permits have been filed for the space.

This could be the start of vacancies at Spectrum as the shopping center prepares for a major redevelopment. The Spectrum was planned as a strip mall as a temporary measure and was always intended by developer Lerner to be a high-density, mixed-use center eventually.

In early 2013, the Board of Supervisors approved changes to the plans for the Spectrum to include 774,879 square feet of non-residential use; 1,422 multifamily residential units in seven new residential buildings; underground parking; and new streets and bike trails.

Read more about plans for Spectrum on this previous Reston Now story.

Not Your Average Joe’s, the new restaurant headed for the former Romano’s Macaroni Grill at 1845 Fountain Drive in Reston, plans to open in December, according to the NYAJ website.

The Massachusetts-based chain signed a lease in August. Construction crews are busy remodeling the space.

The building has been vacant since Macaroni Grill abruptly closed its doors in December of 2014.

The new tenant came somewhat as a surprise as Spectrum, owned by Lerner Enterprises, plans a massive, mixed-use development at what is now a strip shoping center.

Nearly three years ago, the Fairfax County Board of Supervisors approved 774,879 square feet of non-residential use; 1,422 multifamily residential units (with 12 percent set aside for affordable housing) in seven new residential buildings; and underground parking for Spectrum.

No final plans or permits have been filed with Fairfax County, and some development sources think the redevelopment could take about 10 years.

NYAJ has more than a dozen locations nationwide, including Virginia locations in Woodbridge and Leesburg. 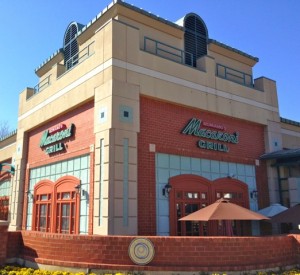 Romano’s Macaroni Grill at the Spectrum has closed its doors.

The restaurant, located at 1845 Fountain Dr., closed Thursday, a company spokesman said after the closure was first reported by Restonian.org. The spokesman did not give a reason why.

Macaroni Grill was acquired by Ignite Restaurant Group this year, and many branches nationwide have been closed in a cost-cutting measure.

Also, The Spectrum, like several other Reston shopping centers, is scheduled to undergo a major renovation in the next few years. The Spectrum is owned by Lerner Enterprises.

The Fairfax County Board of Supervisors approved the overhaul in early 2013.

It will be divided this way:

Land Bay B (where PetSmart and On the Border are located) is planned for 643 dwelling units, 270 hotel rooms, and 48,650 square feet of retail uses.

Land Bay C (where Harris Teeter is located) is planned for 237 residential units and 134,896 square feet of retail and bank uses. Only Harris Teeter will remain — and expand into the current Office Depot space — in the redevelopment.

Additionally, Land Bay B will wrap around the planned 23-story office tower at Bowman Towne Drive and Reston Parkway. That building, which will contain retail and 18 stories of offices, was approved by the supervisors in September 2012.

A real estate source previously said that The Spectrum redevelopment could take 10 years, and that stand-alone buildings such as Macaroni Grill’s would likely be the first to go.

Macaroni Grill was one of the original tenants of The Spectrum, which opened in the mid-1990s.