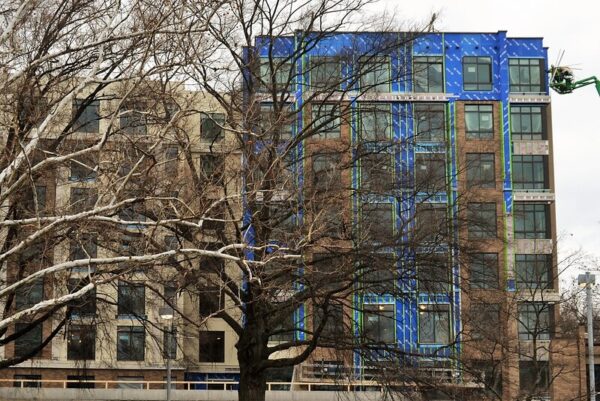 Palchik Takes Position at Northern Virginia Transportation Commission — Dalia Palchik, the Providence District Supervisor, was recently sworn in as the vice chair of the commission. [NVTC]

Families of Four Eligible for COVID-19 Tests –Families of four in Virginia will be eligible for free at-home COVID-19 tests under a new Biden administration rule that requires insurance companies to cover the cost of tests. [Reston Patch]

Search for Schools Superintendent Underway — Virtual town halls are coming up to gather public feedback on the search for the new superintendent of the Fairfax County Public Schools system. [Reston Patch]

Person of Interest Sought in Falls Church Unlawful Filming Incident — Local police are seeking the public’s help to identify a person of interest in the unlawful filming of a minor in a restroom at the Surf N Suds in the Falls Church of Fairfax County. [FCPD]

Local Tennis Courts Reopen — The Hook Road tennis courts have been reopened and are ready to play. [Reston Association]

When early voting began at the North County Government Center in Reston on Saturday (April 24), the crowd of electioneers assembled outside the building dwarfed the number of people casting their ballots inside the building.

The absence of lines contrasted sharply with the 2020 general election, when Fairfax County sometimes saw hour-long waits at early voting sites. This time, the biggest hold-up was the few extra seconds election volunteers needed to sort through 16 different ballots and match them with the right voters.

While not surprised by the relatively muted turnout for the first days of early voting for the June 8 Democratic primary, which started on April 23 at the Fairfax County Government Center before expanding to two satellite locations a day later, Hunter Mill District Supervisor Walter Alcorn says it’s too soon to make any confident projections about what early voting will look like in the future.

“Going through a couple of election cycles, I think we need to do that before we can come to any long-term conclusions about how early voting is best done, how to staff it, what resources are necessary,” he said.

Even with a crowded gubernatorial contest on the ballot, the 2021 election cycle likely won’t match the high turnout for last year’s general election, which was buoyed by an especially heated presidential race, but there is already evidence that the Virginia’s new laws permanently expanding the accessibility of absentee voting are paying off.

According to the nonprofit Virginia Public Access Project, 63,508 voters have requested mail ballots, and 709 people have voted in person, as of April 24. In comparison, there were just 35,390 early voters in the 2017 primaries, the last time that Virginia had a governor’s race, and that includes 8,815 people who requested mail ballots but never returned them.

“Since the last gubernatorial election, voting by mail has become easier in Virginia,” Worthy said. “Not only can any registered voter do so without needing a reason as was required in the past, but also the law now makes it easy to vote by mail permanently. As a result, the Office of Elections expects to see an increase in voting by mail over time as has happened in other states that have implemented similar laws.”

Early voting is also “way up” in Falls Church City compared to the last gubernatorial primary, according to Director of Elections and General Registrar David Bjerke.

Bjerke told Reston Now on Friday (April 23) that the city had sent out 315 ballots so far, including 176 mail ballots and 139 email ballots to overseas voters, and three people showed up to vote in person that day. The 2017 primary saw just 240 early voters total, even though the Democratic and Republican parties both held elections that summer. 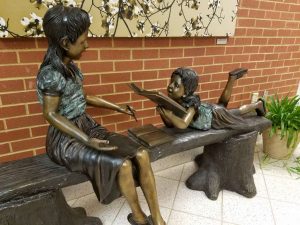 The school has been named a candidate for the program, effective March 1 2018, according to a new release issued by the school system. According to the program’s website, IB classes aim to nurture and develop students between 3 and 12 into “caring, active participants in a lifelong journey of learning.”

According to the school system, schools selected to participate in the program are driven by a common vision: a commitment to high-quality, challenging and international education.

The school will receive on-and-off-site consultation from the program. Teachers will have access to IB’s online curriculum center, which includes teaching materials and participation in online forums. Since its introduction in 1997, the program is taught in over 109 countries around the world. Students are encouraged to strengthen their knowledge and skills across and beyond subject areas. Studies are guided by six themes of global significance.