The owners told Reston Now they pride themselves in serving clean juices without unnecessary sugars and processed ingredients.

VB Juice Bar offers a selection of cold-pressed juices — from “beet it” to “black detox” — as well as ginger and turmeric shots. Customers can also purchase smoothies and nut milk like strawberry almond milk, vanilla chaser milk, and cocoa almond milk. Other products include toast and a dragon fruit bowl.

The business is located at 702 Elden Street). 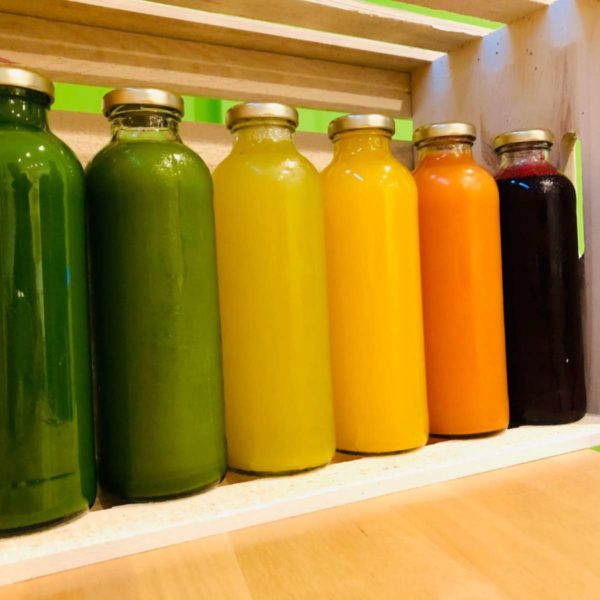 After more than a year of preparation, a new juice bar in the Junction Square neighborhood of Herndon has announced its opening date.

The business hopes to transform the juice bar experience by offering “total ingredient transparency,” according to the company.

A preview video — including a tour of its bathroom —  is available online. 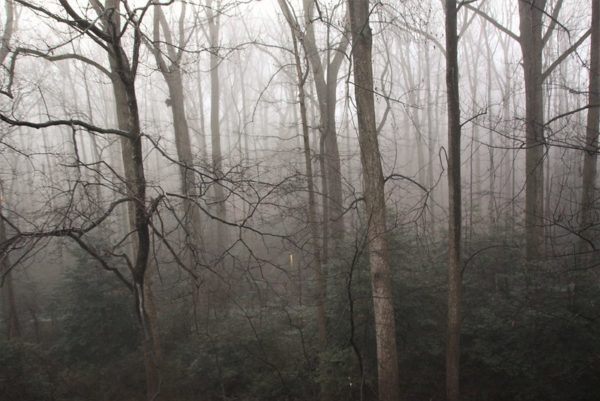 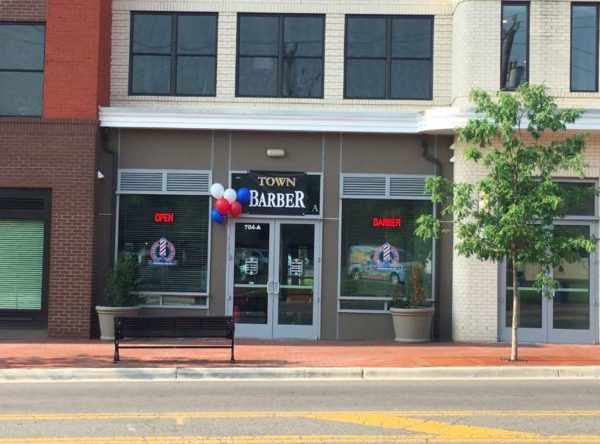 A new barbershop has opened in Herndon’s Junction Square neighborhood.

The business, called Town Barber, opened in June at 704 Elden Street, Suite A.

The business describes itself as a “modern barber shop for today’s gentleman of leisure.”

Other recently announced tenants in Junction Square include California-based chain BurgerIM and a gallery for painter Trisha Adams. An African and Caribbean grocer also opened its doors recently.

A new juice bar is coming to the Junction Square neighborhood.

A company representative told Reston Now an opening date has not been determined yet.

Our juices are made to order without any mystery ingredients. Just clean, healthy eating that tastes just as good as it makes you feel. 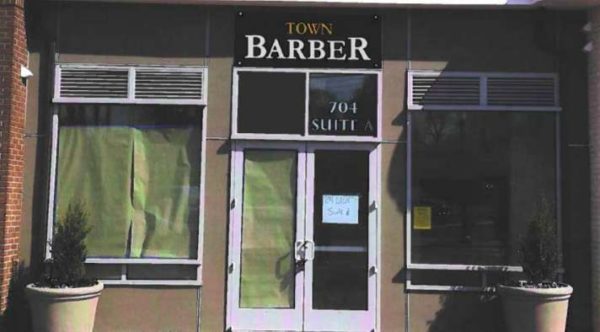 A new barbershop is coming to Herndon’s Junction Square neighborhood.

The business, called Town Barber, will take up a location on 704 Elden Street, Suite A, in Herndon.

Herndon’s Heritage Preservation Review Board will consider a signage application for the new business at a meeting today (Wednesday).

No word yet on when the business is expected to open.

Other recently announced tenants include California-based chain BurgerIM and a gallery for painter Trisha Adams. 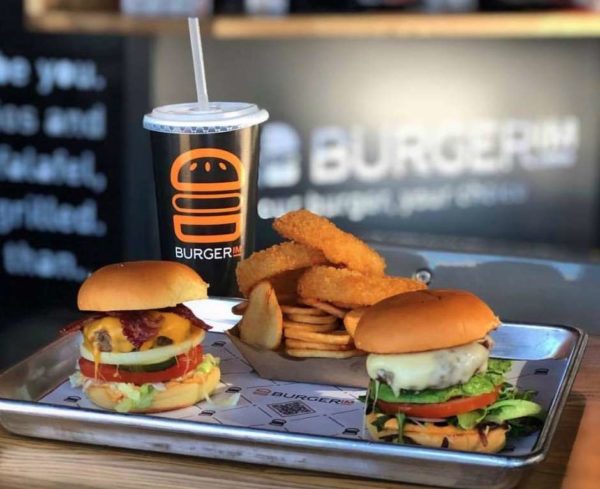 A new burger joint is coming to Herndon’s Junction Square.

Headquartered in California, BurgerIM is a national chain spanning 15 states, with plans to operate about 500 spots by the end of the year, according to its website.

Renaud Consulting announced that it recently helped BurgerIM sign a lease for a 1,500 square foot space at 1700 Lynn Street, Suite A. No word yet on when it’s opening.

Local news blog The Burn reported in April that Burgerim is also planning to open in Reston. 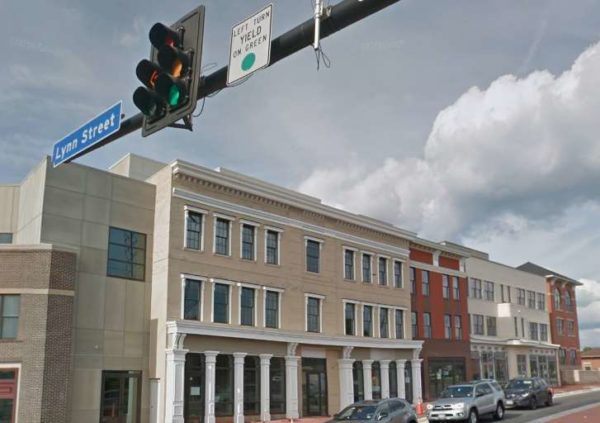 Risky Ricky’s planned to open last year at 700 Elden Street. But after waiting for two years as the builder completed the project, the owner says he recently decided to pull the plug on the project, which would have featured an upscale wine and piano bar.

“At a later stage, the developer still had no idea as to when the project will finish,” Rick Khosla, the owner, told Reston Now. He originally planned to open in September 2017 — a date that was later pushed to late 2018.

Khosla says the property did not come with any dedicated parking spots — which also prompted him to back off on his business plans. He says the cost of completing the space was also too excessive “to make the numbers work.” Khosla also hinted “animosity from local businesses” because of his decision to sell wine.

Earlier this month, artist Trisha Adams opened up a new art gallery at Junction Square. Work to get other businesses in motion is ongoing.

Risky Ricky’s is still on the market for a new location in Herndon or Reston. Khosla is planning to move back to Herndon after two years in Sterling and hopes to see projects like Junction Square succeed.

“Herndon is close to my heart,” he said. 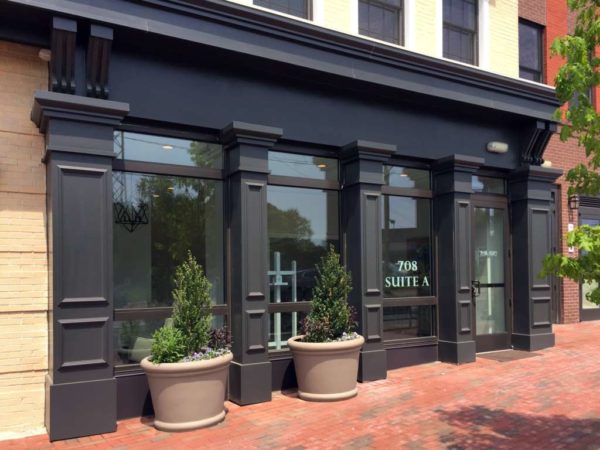 Painter Trisha Adams has opened up a gallery at Herndon’s Junction Square neighborhood, bringing some life to vacant storefronts in the new property at 708a Elden Street.

Adams, a Californian who started painting when she was 44, set up shop on May 1. She is known for her bright and colorful landscapes and still paintings.

“I love the look and location of Junction Square,” Adams told Reston Now. “The front windows are great to display new paintings.”

She says it took six months to complete build-out and she’s still in the process of outfitting the building.

Junction Square is a 55,000-square-foot mixed-use development that includes 20 luxury town homes and storefronts. It is located at the central intersection of Elden and Monroe streets.

Work continues on a new beauty and barber shop planned in the neighborhood. So far, there’s been limited activity where a new juice bar is planned to open at 702 Elden Street.

Visitors are encouraged to call 540-454-5922 before dropping in, Adams said. The gallery is typically open between noon and 6 p.m. on weekdays.

According to her bio, the Californian started painting at age 44 when she decided to make art to fill an empty frame. Adams is known for her bright and colorful landscapes and still paintings, which often feature flowers, birds, boats or gardens.

This will be Adams’ fourth gallery — she currently has her art showcased in Richmond; Sarasota, Fla. and Watch Hill, R.I.

Her website says that the dates for the grand opening range from last Friday (March 15) to Sunday, March 31. Locals can check out her gallery at 708a Elden Street. 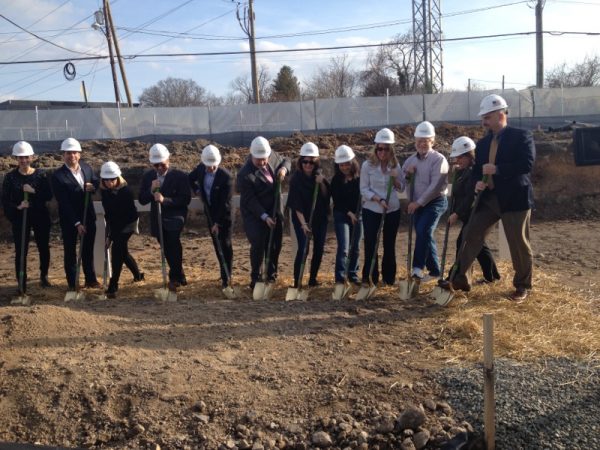 Ground was recently broken on the second stage of Herndon’s Junction Square neighborhood, which will feature an upscale wine and piano bar among its offerings.

Risky Ricky’s is planning to open around September at 700 Elden St. in Junction Square. The restaurant’s planned menu shows options including Australian lamb chops, grilled Alaskan Salmon fillet, braised short ribs and more. According to its website, its bar will feature private-reserve wine imported from Argentina.

Located at Elden and Monroe streets in the center of Herndon, Junction Square is a 55,000-square foot mixed-use development that will feature 20 luxury townhomes in addition to its storefronts. Work on the project, being done by Tradition Homes, began last February.