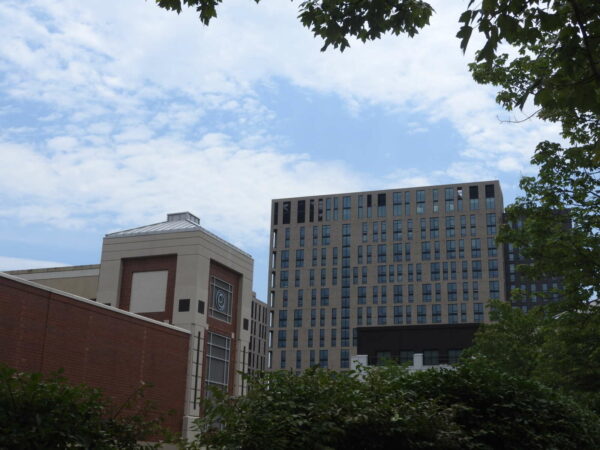 Northam Advocates for Vaccine Requirements — Gov. Ralph Northam urged business leaders to follow the public sector in setting COVID-19 vaccination mandates at a Capital Region Business Forum in D.C. yesterday (Thursday). His comments came hours before President Joe Biden announced that all businesses with more than 100 workers must require the vaccine, among other new rules. [Inside NoVA]

Feds Use Reston Company’s Data Against Facebook — The Federal Trade Commission revealed user data on Wednesday (Sept. 8) that officials said supports their antitrust lawsuit against Facebook, which argues that the social media company has a monopoly. The FTC cited data from Reston-based market research firm Comscore that it says Facebook uses to prepare materials for CEO Mark Zuckerberg. [Bloomberg]

Smithsonian Creates Archive of 9/11 Memories — “The Smithsonian National Museum of American History is gathering written and recorded memories of 9/11 for the 20th anniversary of the attacks. You can submit your written memories, photos, or a video to the Smithsonian’s ‘9-11: An Evolving Legacy’ website. You can also read what has been submitted so far.” [DCist]

Raydean Patterson was visiting the Smithsonian National Air and Space Museum’s Udvar-Hazy Center in Chantilly when he happened upon a familiar sight: a “Huey” Army helicopter used during the Vietnam War.

“When we came around to [the Huey], there was this real big plaque. I read it and it said it came from the 118th aviation company,” Patterson told Reston Now. “Then, I said ‘I was in that company’ and I looked at the tail and there it was.”

As it turns out, Patterson believes he flew the exact helicopter that the Smithsonian now has on display when he served in the Army during the Vietnam War in the mid-1960s. The Huey had a combat record from 1966 to 1970, according to the museum display.

“I was there for like six months, so if it was there, I flew it,” Patterson said. “We didn’t change planes too often, unless they’re a heap of a pile of nothing…and this was in pretty good shape.”

The reunion between pilot and helicopter was seemingly a coincidental one. Until Patterson spotted it on this recent trip, he never knew a Huey he likely flew sat in a museum so close to his home.

While originally from Missouri, 85-year-old Patterson and his wife Mickey, who celebrated their 63rd wedding anniversary today (Thursday), moved to Fairfax County several years ago to be closer to family, including their grown son.

The couple now lives at Hunters Woods at Trails Edge in Reston.

Patterson served two tours as a pilot during the Vietnam War, lasting a total of about 19 months. During his second tour, he was wounded in the leg. Overall, he was in the Army from 1958 to 1984, moving 34 different times, and attaining the rank of colonel.

Working as an Army aviator during the war was a tough, frightening job.

“Every morning or overnight when I would go out…I had this little diddy I’d say, ‘God, let me get through this one more time,'” Patterson recalled. “Then, coming back, I’d say a bunch of thanks to God…We had a little help from above.”

He had a somewhat surprising reaction to seeing the helicopter where he spent some of the most anxious moments of his life.

“I had a warm feeling for that piece of metal,” he said. “I liked flying it, though I didn’t like those guys shooting at us.”

Patterson did have a slight urge to go back in time a few decades and reconnect with the Huey.

“I wanted to go over there and crank the thing up,” he said. “And go take it for a ride.” 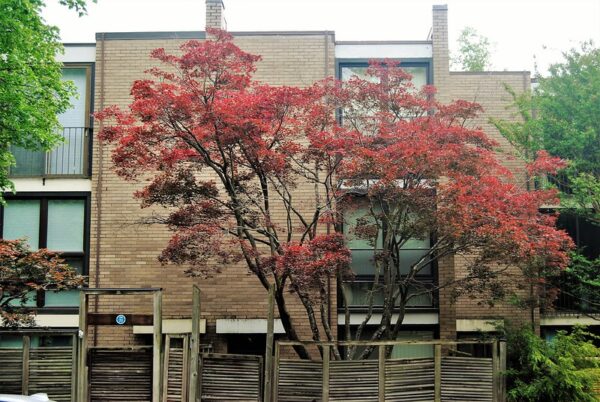 Reston Association to Hold Big Yard Sale on June 19 — “Join Reston Association at the Reston Community Yard Sale. Eighty families will be selling a variety of items, so this event is a great opportunity to find things for a new home or a college dorm. Sign up to have a booth or stop by to browse for great bargains.” [RA/Twitter]

Baby Panda to Make Public Debut Today — The Smithsonian will reopen the National Zoo to the public today after a six-month closure due to the COVID-19 pandemic, and visitors will get their first chance to see giant panda cub Xiao Qi Ji in person. The cub, whose name translates to “little miracle,” was born on Aug. 21, 2020 and now weighs 45 pounds. [The Washington Post]

Park Authority Hiring for Summer Camp — “Rec-PAC, affiliated with the Fairfax County Park Authority, is hiring to fill over 200 positions for its six-week summer camp. Rec-PAC is hosting two open hires for job seekers interested in working as a camp counselor or camp director…Join us for the virtual open hire on Monday, June 7, 2021 anytime between 6 p.m. and 8 p.m.” [FCPA]

One Life Fitness Workers Put Out Sauna Fire — Fairfax County Fire and Rescue units responded to a “small fire” in the One Life Fitness Reston sauna room yesterday, but maintenance workers put out the blaze before firefighters arrived. An employee told Reston Now that the fire just caused some damage to the wood. It was the first day the sauna had been turned on in more than a year. [Patch]

CVS Allows Walk-in Vaccine Appointments — CVS Health is now offering COVID-19 vaccinations to walk-in appointments and same-day scheduling at all stores in Virginia, joining Giant, which started allowing walk-ins at its pharmacies on Monday (May 3). There are five CVS stores in Reston and three in Herndon. [Patch]

D.C. Judge Vacates National Eviction Moratorium — A D.C. judge ruled that the CDC lacks the authority to institute a nationwide moratorium on housing evictions, but even if the ruling ultimately stands, experts say it likely won’t have an immediate impact on D.C. area tenants. Virginia has a patchwork of protections but no statewide ban.” [DCist]

Air and Space Museum Reopens in Chantilly — Yesterday, the Udvar-Hazy Center became the first Smithsonian museum to open since last fall, when the institution largely shut down due to the COVID-19 pandemic. New additions include a display commemorating the late Apollo 11 astronaut Michael Collins and an X-Wing Starfighter from the most recent “Star Wars” movie. [WTOP]

South Lakes Girls’ Basketball Celebrates Recent Success — “#WCW In the past 2 seasons, your Seahawks went a combined 22-1 in Liberty District competition, & won back to back championships for the 1st time since 1985-1986.” [South Lakes Girls Basketball/Twitter] 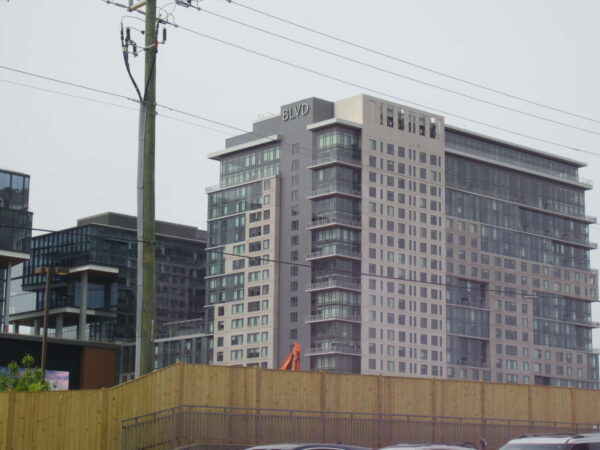 Johnson & Johnson Vaccine Pause Lifted — The Centers for Disease Control and Prevention and Food and Drug Administration determined Friday (April 23) that the use of Johnson & Johnson’s COVID-19 vaccine should resume. Its use was halted on April 13 due to reports of rare blood clots in 15 cases out of the 8 million people who have received the vaccine. [Patch]

Smithsonian Museums to Start Reopening in May — “After a second wave of closures in the fall, the Smithsonian announced today [April 23] that the National Zoo, National Portrait Gallery, and five more Smithsonian museums will go through a staggered reopening starting May 5.” [Washingtonian]

Herndon Elementary Begins Search for New Principal — Fairfax County Public Schools Region 1 Superintendent Douglas Tysons informed Herndon Elementary School staff and families that the school is starting the process of selecting a new principal. An advisory panel with three staff and three parent representatives will conduct an interview on May 14. The deadline to apply to serve on the panel is close of business tomorrow (April 27). [FCPS]

Glade Pool Resurfacing Expected to Finish Today — Crews are resurfacing the slide at Reston Association’s Glade Pool, in addition to updating the lighting outside of the pool and tennis courts. The resurfacing is a “relatively quick” project that RA anticipated being complete by Monday, ensuring that the slide will be ready for the summer. [RA/Twitter] 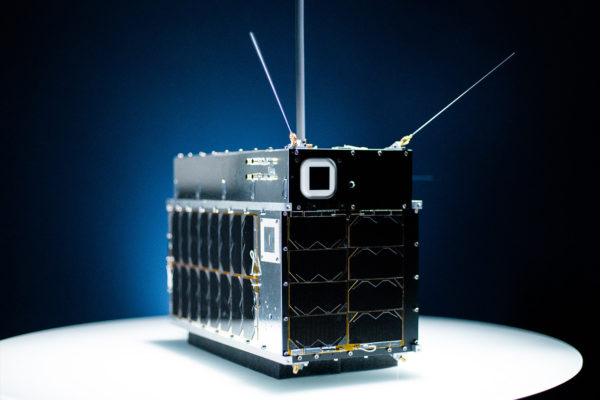 A mini-satellite by a Herndon startup is getting special attention from the Smithsonian National Air and Space Museum.

HawkEye360, a data-analytics company that launched in 2015, will partner with the museum in an upcoming exhibit. The company uses satellites to gather data from across the world, the company’s chief operating officer Rob Rainhart told Reston Now.

The group was approached by the Smithsonian representatives after learning about the HawkEye360’s new Pathfinder satellite, which Rainhart said is leading the industry when it comes to small satellite data collection. Pathfinder was officially launched in December 2018 and uses geo-location to collect data.

HawkEye360 has already built the lifesize model and handed it off to the Smithsonian, Rainhart said, adding that he is excited for the company’s work to be included at a permanent exhibition at the museum.

Patrons will be able to visit the exhibit which includes the “microwaved size” model, sometime starting in 2025, according to the press release.

HawyEye360 was partially chosen to be included in the Smithsonian’s new exhibit because of the company’s effort to be a leader in refining the”space 2.0″ revolution, Rainhart said. Currently, the company has three satellites orbiting the earth — all pulling the data that served roughly several dozen customers in both the private and public sectors.

Scientists and engineers at the company use a unique class of radio frequency data to learn about the world, a press release said. Rainhart added that this is what helps to set the company apart from competitors — along with the new data sets that the company brings to the market.

“It’s a really innovative, high-tech startup that’s growing really fast,” Rainhart said. He says that the company also helps to monitor things like illegal fishing or maritime activity, as well as things like providing a visual view of an area after natural disasters.

Going forward, the company wants to launch 18 satellites and are on track to launch three more in September.

With roughly 60 employees, Rainhart said that the company hopes to grow and continue working with clients across the globe. 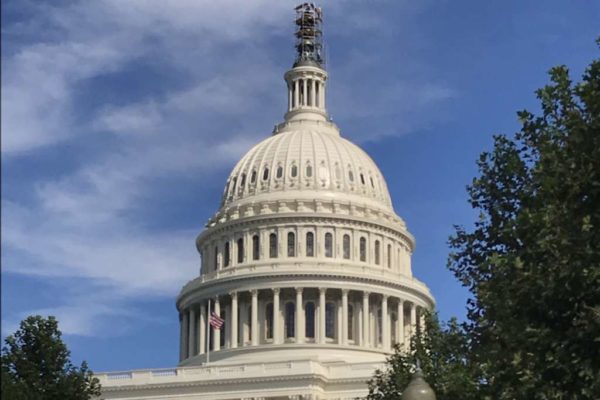 The partial federal government shutdown is nearing the two-week mark with no immediate end in sight.

Parts of the federal government shut down on Saturday, Dec. 22, after Congress and the White House failed to reach a spending deal. It remains unclear if or when the White House and congressional Democrats could negotiate a deal as President Donald Trump keeps a firm stand for $5 billion to pay for a border wall.

Yesterday (Jan. 2), Smithsonian museums and the National Zoo closed, joining National Parks around the country, according to news reports. Even though people got very concerned very quickly after the zoo’s beloved live “panda cam” went dark, the pandas and other animals will continue to get fed.

One place not affected by the shutdown — the Newseum — is offering federal workers who show their badge free admission.

Trump’s third government shutdown is impacting locals and visitors in the Washington, D.C.-area from furloughed federal workers to surprised tourists. (The longest government shutdown was 21 days during Bill Clinton’s presidency, in case you were curious.)

Now, on day 13, let us know if your work or D.C. plans have been affected by the shutdown. 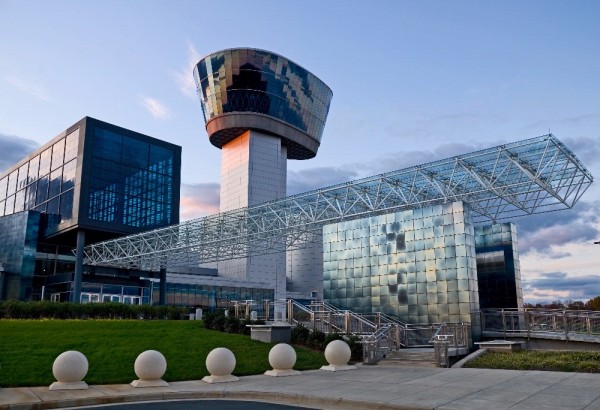 Visitors to the Smithsonian’s Stephen F. Udvar-Hazy Center near Dulles Airport now have a public transportation option: taking the Metro.

After the Silver Line opens on July 26, Fairfax County Connector Route 983 will run every 20 minutes from the Wiehle-Reston East Station to the Udvar-Hazy Center.

That means Air and Space enthusiasts will be linked to both museums by public transportation. The Silver Line stop closest to the museum’s Washington location is L’Enfant Plaza, two blocks from its Independence Avenue entrance.

“Bridging the 28-mile distance between our two buildings will help us serve more people,” J.R. “Jack” Dailey, director of the museum, said in a release. “Those who depend on public transportation, including many tourists, will now be able to experience the full breadth and scope of our collection, spanning more than a century of flight. We are grateful to Fairfax County for helping to make this service possible.”

This is also good news for local residents. While admission to the Smithsonian’s museums is free, parking at the Udvar-Hazy Center is $15. Taking the bus from Wiehle-Reston East will save money.