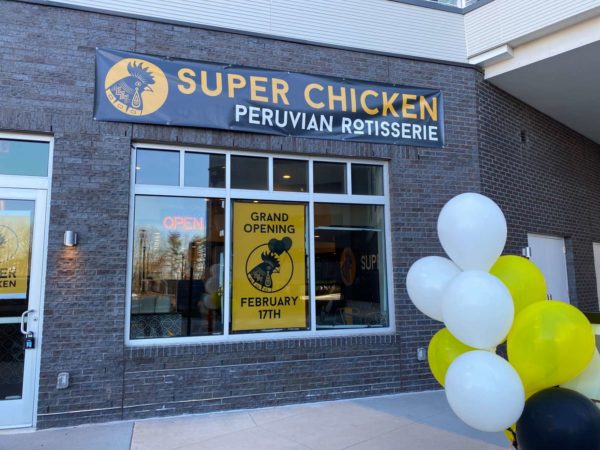 The business celebrated its first day of business on President’s Day. It is located at VY, a residential building at 11830 Sunrise Valley Drive that is part of JBG Smith’s Reston Heights development.

The sun rises again this week for a locally owned restaurant that specializes in kabobs and gyros.

The restaurant was forced to close its location in Reston International Center’s convenience center due to JBG Smith’s planned Reston Heights project, which includes 385 residential units.

A new chicken restaurant coming to the VY at Reston Heights will serve up food with a Peruvian flair.

It is unclear when the location will open for business since a company spokesperson declined to share any details, but those curious about the chain can check out the other location in Herndon (1254 Elden Street).

Chicken Rico is one of several eateries coming to the apartment building, including My Home Thai, Reston Kabob and California-based chain BurgerIM. 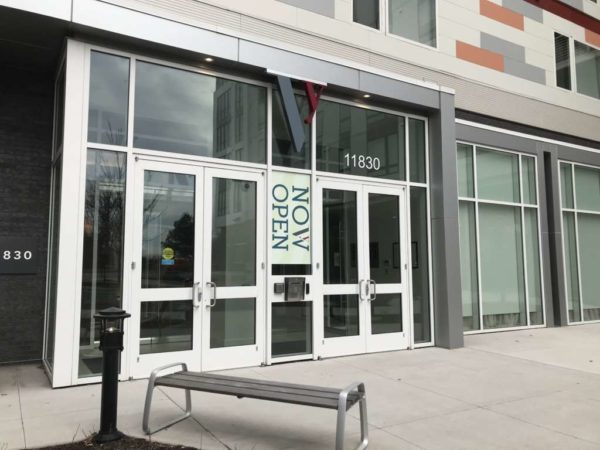 Retailers at VY at Reston Heights are working toward opening their doors this year on the ground-level of the 385-unit apartment community.

JBG Smith, the developer, unveiled a lineup of retailers last year. Recently, Willpower Functional Fitness backed out of the project. A JBG Smith spokesperson did not indicate why this was the case.

The mixed-use project is located at 11830 Sunrise Valley Drive.

While opening dates are estimates only, most of the retailers are expected to open toward the end of the year. Retailers include My Home Thai, Allure Nails, Super Chicken, Reston Barber, Reston Kabob and California-based chain BurgerIM.

My Home Thai — a carry-out restaurant — could be the first to open sometime in the third quarter of this year.

Other retailers are expected to open in the last quarter of the year.

JBG Smith did not provide specific opening dates or timeframes.

But plans were delayed after commissioners expressed concerns about limited stormwater management on the site. The owners of 7-Eleven, which owns the Exxon gas station adjacent to the site, also raised concerns about sharing an access road between the two sites.

The road between the 7-Eleven parcel and JBG Smith’s property will remain open to vehicles and pedestrians.

The commission also added a condition to augment the proposal’s stormwater manager in order to make up for the loss of trees along Sunrise Valley Drive.

The Fairfax County Board of Supervisors will vote on the project on June 25.

A little over a year ago, VY at Reston Heights unveiled a handful of retailers coming to the apartment community. Now, some of those retailers are getting ready for their openings.

When Reston Now reached out to JBG Smith earlier this week to find out when the five retailers are set to open, a spokeswoman for the developer said that she wasn’t able to provide updates.

Building permits for 11830 Sunrise Valley Drive, though, provided some insight.

Two carry-out restaurants — My Home Thai and Reston Kabob — have permits for plumbing work. Another restaurant, Chicken Rico, has a building permit for a new tenant layout.

Meanwhile, Men’s Spa and Barber has a permit for an interior alteration for a tenant layout.

Once open, the restaurants and shops will be a quick drive from the Wiehle-Reston East and future Reston Town Center Metro stations.

Roughly half of a dozen retailers won’t be affected by JBG Smith Properties’ newest proposed changes to the Reston Heights development.

The developer filed a request with the Fairfax County seeking to scale back planned office and retail space at the mixed-use development near the future Reston Town Center Metro station, Washington Business Journal reported.

The story says that the request includes the removal of existing entitlements for 215,000 square feet of office space, along with 3,600 square feet of retail space the company does not plan to construct at the 385-unit VY apartment community (11830 Sunrise Valley Drive).

JBG Smith told the Washington Business Journal via a spokesman that the request to eliminate the office space is a “change in strategy away from office toward residential in that location.”

The developer announced several retailers for VY around this time last year. Willpower Functional Fitness, Allure Nails, Signature Thai, Super Chicken and Reston Kabob are all “coming soon” to VY, according to the apartment’s website.

The more than 3,000 square feet of retail planned to be removed would be in the base of the building, the spokesperson said.

JBG Smith would need approval from the county’s Planning Commission and Board of Supervisors to remove the office, Washington Business Journal reported, noting that this isn’t the first time the developer has sought changes to the site’s plans.

Images via VY and JBG Smith 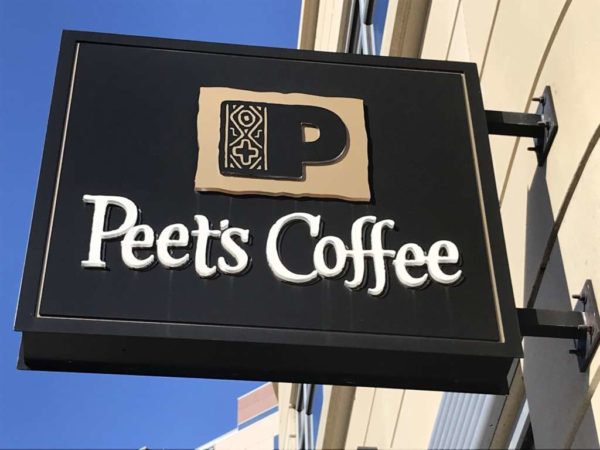 Calling all coffee lovers who looking for new brews. Peet’s Coffee plans to open in about a month at Reston Town Center.

“We expect it to open either by end of February or early March,” Ricardo wrote in an email.

This will be the coffee chain’s first location in Reston. 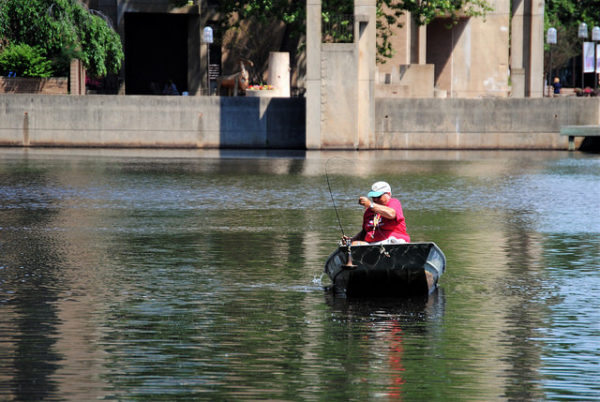 Love says goodbye — Today is the last day that Virginia’s LOVE letters will be on display at Lake Anne Plaza. The display was installed on June 7.  [Lake Anne Plaza]

Nearby: To the rescue — Can the Silver Line save Loudoun County’s office market? Several sites once slated for office developments are being re-evaluated as possible data center sights. [Bisnow]

VY, a 385-unit apartment community by JBG Smith, is officially open. Six tenants are expected to take up ground floor retail slots by the summer.

VY, which stands for “very,”  contains a mix of one, two and three-bedroom apartments with two-story lofts.Monthly rents range between $1,800 and $3,320. Amenities include an two open-air lounges, a pool, fitness center, courtyard with fire pits, a lawn, on-site dog park, a pet spa and a bike maintenance center.

“The property sets the bar for luxury living in Reston with a high level of amenities, retail, and access to the outdoors and activities for the consumer who values both a quiet evening in a comfortable home overlooking nature, and entertainment or activity right outside of their front door,” he said.

The surface lot area of the Reston International Center has gone from an old strip mall to a giant construction area seemingly overnight.

Actually, it has been a little more than six months since major construction work began in the eight-acre site on Sunrise Valley Drive near Reston Parkway. But you may have blinked — and then noticed a multi-story parking garage has been built.

Let’s revisit what is planned for JBG’s development, which will be called Vy at Reston Heights.

JBG’s application was approved by the Fairfax County Board of Supervisors in spring of 2013. The mixed-use development will be about a half-mile from the future Reston Town Center Metro station that is expected to open in 2020. END_OF_DOCUMENT_TOKEN_TO_BE_REPLACED